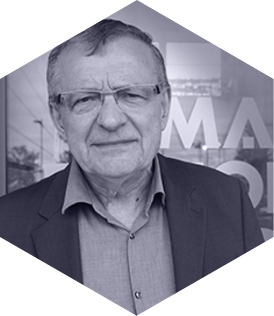 
Roger Guilard is Professor of Chemistry at the University of Burgundy in France. He received a PhD. in heterocyclic chemistry in 1971 from University of Burgundy in Dijon. He was a Visiting Professor of Chemistry at the University of Houston in 1985 and again in 1987. He was also Visiting Scientist in China and Japan. He has been the recipient of the Coordination Chemistry Award of the French Chemical Society (1978) and of two Awards (1991, 1997) from the French Academy of Sciences. He received the "Grand Prix de l’Académie des Sciences, Prix Gaz de France" in 2001 and the "Robert Burns Woodward Career Award in Porphyrin Chemistry" in 2010. He was JSPS fellow in 2008. He was elected as a fellow of the European Academy of Sciences in 2011 and as a fellow of the Academia European in 2015. He received the "Grand Prix Emile Yungfleisch de l’Académie des Sciences" in 2013.

He was the co-editor of two series of 10 volumes published in 1999 and 2003 (Handbook of Porphyrins). He is the co-editor of nine sets of 5 volumes (Handbook of Porphyrin Science) and he is currently co-editing a series of five volumes. He is also currently co-Editor-in-Chief of a series of ten volumes entitled “ Chemistry, Energy and Environment” and of a series of five volumes entitled "From Materials towards Biomaterial Devices". He was Associate Editor of Dalton Transactions and he is currently member of the Editorial Board of the Journal of Porphyrins and Phthalocyanines. He is the author of 474 papers and reviews and has 24 patents in the area of heterocyclic chemistry, organometallic chemistry and coordination chemistry.

His major contributions are in the area of basic research but also applications. Besides the synthesis and structural characterization of metalloporphyrins and the biomimetic modelling of metalloenzymes, a second research topic is directed towards the preparation and physico-chemical characterization in solution and in the solid state of transition, post-transition, lanthanide and actinide metal complexes formed with saturated and unsaturated polyazamacrocycles. Grafted and sol-gel immobilized complexes are used as specific adsorbents for detection (CO, H2) and purification (O2/N2) of gases. Similar functionalized materials (silica-gels, polymer fibers) are also implemented in solid/liquid extraction processes of heavy metals (Pb, Cd, actinides). Molecular organic frameworks are studied as adsorbents of CO2 and molecular interfacial catalysts are synthesized for CO2 reduction.
Guilard web page 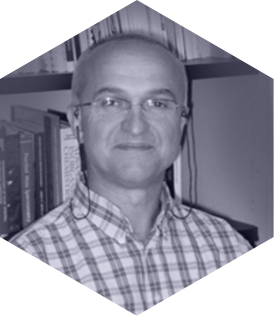 Jean-Michel Barbe is Research Director at the CNRS in France. He received a PhD. in Physical Chemistry in 1985 from the University of Burgundy in Dijon. He spent one year in 1987 as a Post-doctoral fellow at the University of Houston (USA) under the supervision of the Pr. Karl M. Kadish. He is the author of 150 papers and 5 Patents. He wrote 2 chapters in the Porphyrin Handbook. Jean–Michel Barbe has a 35-year experience in synthesis and characterization of porphyrins. Moreover, he is expert in bulk production of synthetic porphyrins and analogues (up to 1 kg) and characterization techniques of such derivatives (NMR, Mass Spectrometry, IR and UV-visible, and High Performance Liquid Chromatography. During his career, he supervised 12 Ph. D. students and many others at the Master degree.

His main current research area is divided into three main parts. The first one is devoted to the synthesis of supramolecular porphyrin antennae for applications in Dye Sensitized Solar Cells, in production of Solar Fuels, particularly hydrogen from water. He continues to have a great activity in the design and synthesis of gas sensors (CO, O2, …) from porphyrin and corrole derivatives. Another research interest is directed towards molecular imaging, particularly towards the synthesis bimodal molecular architectures involving, at least, one porphyrin ligand. 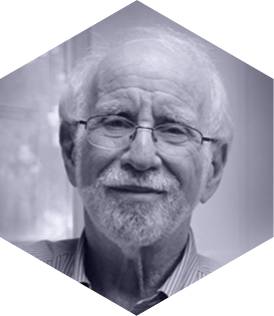 Dr. Kadish's research interests are in analytical chemistry, porphyrin chemistry, chemistry and electrochemistry of compounds having biological interest, redox reactions of transition metal complexes, redox reactions of dinuclear metal-metal bonded complexes, spectroelectrochemistry and fullerene chemistry. He has published 560 research papers and edited more than 70 books while directing a research group, which, in total, has numbered over 125 different graduate students and postdoctoral associates. Dr. Kadish is Editor-in-Chief of the Journal of Porphyrins and Phthalocyanines (JPP) and also serves as President of the Society of Porphyrins and Phthalocyanines (SPP), a position he has held continuously since June 2000. His co-edited 4000 page, 10 volume series of books entitled The Porphyrin Handbook was selected as the Best Chemistry Book of 1999 by the Association of American Book Publishers and this was followed by another ten volumes of The Porphyrin Handbook published in early 2003 by Academic Press. After a short break from editing, Dr. Kadish resumed his activities in this area and 35 totally new volumes have been published between 2010 and 2013 under the title Handbook of Porphyrin Science. This is in addition to a textbook on Practical Electochemistry, scheduled for publication in 2015 and a multi-volume series of Handbooks on Carbon Nanomaterials, the first six of which were published in 2011, 2012 and 2014. 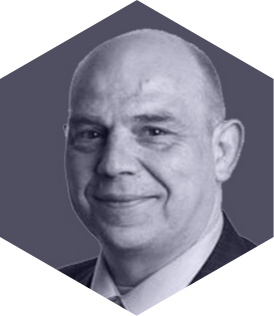 Mathias O. Senge is Professor of Organic Chemistry at Trinity College Dublin. He studied chemistry and biochemistry in Freiburg, Amherst, Marburg, and Lincoln and graduated from the Philipps Universität Marburg in 1986. After a Ph.D. thesis in plant biochemistry with Prof. Horst Senger in Marburg (1989) and a postdoctoral fellowship with Prof. Kevin M. Smith at UC Davis, he moved to the Freie Universität Berlin and received his habilitation in Organic Chemistry in 1996. From 1996 on he was a Heisenberg fellow at the Freie Universität Berlin and UC Davis and held visiting professorships at Greifswald and Potsdam. In 2002 he was appointed Professor of Organic Chemistry at the Universität Potsdam and since 2005 holds the Chair of Organic Chemistry at Trinity College Dublin. He was the recipient of fellowships from the Studienstiftung des Deutschen Volkes and the Deutsche Forschungsgemeinschaft; from 2005-2009 he was a Science Foundation Ireland Research Professor.

Professor Senge has published over 290 scientific articles and holds one patent. He has contributed to more than 350 posters and presentations and was invited to over 125 talks; thus far his group has been supported by more than 10 million € in external funding. He is also an active promoter of hands on science education and frequently visits schools with experimental lectures. His scientific interests encompass synthetic organic chemistry, the (bio)chemistry of tetrapyrroles, photochemistry and -biology, structural chemistry, and history and philosophy of chemistry and photomedicine. His research focus is primarily on open problems in medicine, biology and materials science which can be solved with a combination of modern organic synthesis and biological or physicochemical methods. Special topics are: Bioorganic and biological chemistry; heterocyclic and natural product chemistry; development of new synthetic methods for hydrocarbon scaffold molecules, bioinorganic chemistry; regulation of enzymatic reactions on a molecular level; photonics materials and light-activated catalysts; medicinal chemistry, esp. photodynamic cancer therapy and photomedicine; photobiology; photosynthesis; structure and function relationship in biologically active molecules; structure determination and conformational analysis of natural products and coordination compounds.